Your Reactions Are Showing 

Much of our Christian teaching has been occupied with right actions. We have been taught: “Do this, for it is right; but don’t do that, because it is wrong.” Right actions are important. The Bible speaks clearly concerning right things and wrong things. God’s Word, though it is not a book of negatives, does declare that certain actions are evil in themselves. From these we must refrain.

Wrong actions can negatively affect our personality and bring defeat in our life. But a person’s actions can be correct and appropriate while he is completely defeated by wrong reactions to life situations and the actions of others.

There are six common but wrong reactions like jealousy, resentment, anger, hatred, fear and self-pity.

Our actions can sometimes hide our true character from someone because actions can be planned and practiced for their benefit. But our reactions (spontaneous, unforeseen and unconscious) reveal who we really are.

There are 2 Bible references which show that Christians should not be surprised when they are hated and misunderstood; these references are 1 John 3:13 & John 15:18

Since the Bible teaches that Christians can expect to be mistreated and misunderstood, we must ask the Lord to help us be prepared and strengthened in advance, so that our responses are righteous, positive, mature, and spiritual.

Christ responded correctly to the temptations in the wilderness because there was both reinforcement and preparation in advance for the temptation that was certain to come.

Let’s not be shocked when religious people, even Christians, are sometimes mean, unethical, judgmental, dishonest, quarrelsome and bitter.

Our reactions reveal who we truly are inside.

If we react the way other people act towards us, those people control us (Romans 12:17).

If someone acts towards us in a bad way, God says that we should not be guilty of having reacted in a bad way.

Regardless of what others do to us, we have the strength in Christ to act and respond positively and spiritually.

The Christian must be controlled by Jesus Christ alone. Nothing can hurt us except our reactions (Romans 8:28)

Romans 8:28 teaches us that it doesn’t matter what happens if we truly believe that whatever God allows in our lives works for our good, and whatever happens contributes to our lives.

Even our “enemies” are truly friends, if we are grateful and have the right reaction to them.

The situation that God allows does not hurt us, it will help us if our reactions to it are mature, spiritual and appropriate.

There are six people who could not be stopped by their unpleasant situations among others Helen Keller, Beethoven, Thomas Edison, Job who is the patriarch of the Old Testament, Abraham Lincoln and the Apostle Paul.

We must admit that others are guilty of bad deeds, but the Bible says that we are responsible for our bad reactions (I Thess. 5:15).

If God is to work on our behalf, we must be willing to see what is wrong and be willing to acknowledge our responsibility for it.

There are three steps Christians must follow to properly take responsibility for their own bad reactions:

The secret to having perfect reactions in any situation is to let the Lord who lives in us react in us the same way He reacted when He was here on earth.

In Genesis 37, verse 3, we are told that Jacob loved his 17-year-old son, Joseph, more than all his children. Jacob’s reaction to Joseph was an obvious recognition showing partiality.

Jacob himself had grown up in a home where partiality was shown.

In addition to home and family, bias is common (and deadly) within and outside the family.

A child must have unconditional love.

Of the 21 GIs who defected to communism during the Korean War, 19 of them came from homes where they felt unloved and unwanted. Only one of the twenty-one was singled out by his classmates for anything.

Sin entered the house for the first time. Where the devil does his deadliest work.

Jacob’s reaction was bad. He was wrong to show parental bias.

Jacob’s sons reacted with hostility to his reaction to Joseph. Whenever someone is favored in a family, the other family members react – usually opposing the favored person whom Joseph’s brothers reacted against him with cruel rejection.

Joseph responded to their brothers’ rejection with creative resignation.

When we react in the same way as others, with hatred and hostility, we are no better than them and we are as guilty as them.

Another ruinous way people sometimes react to their problems is to become discouraging and irritating and to give in to feelings of inferiority and self- rejection.

Joseph was not controlled by his detractors. God often prepares us for responsibility by allowing opposition and sometimes even rejection.

We use “creative resignation” when we decide to take the unfavorable situation as coming from God and believe that God will help us there.

Joseph’s relationship to God and his difficulty enabled God to personally prosper him in his situation. It also allowed God to bless and prosper all of Potiphar’s house. Joseph was God’s channel of blessing in this situation.

It is true today. Husbands and wives will find that their whole household can be blessed if they have the right relationship with God, the right attitude in their situation, and the right reaction to their difficulties. They can be the channel of blessing and prosperity for their entire home and family.

A person who faithfully serves the Lord and honors Him in His responses will have no problems, as the story of Joseph shows (Genesis 39:6).

Four important lessons that Joseph’s ordeal with Potiphar’s wife teaches us about temptations are:

The lessons we can learn from Joseph’s reaction to his temptation are:

Joseph’s reaction to his wandering brethren after being appointed Prime Minister of Egypt was one of divine retaliation which signifies forgiveness and love.

Joseph said their deception had been turned by God into good for him. His problems were his opportunities. His persecutors were unwittingly his friends because he had the right reactions.

The right reaction to our enemies is to love them. 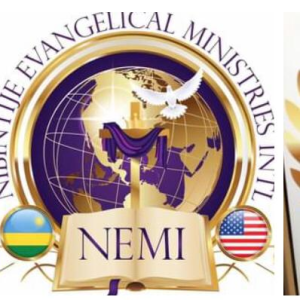